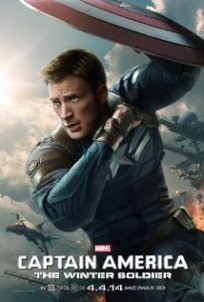 My daughter and I are active participants in the Marvel Universe. We have seen all the movies, and even watched most episodes of ABC’s Agents of Shield. Captain America is perhaps our favorite of the superheroes, so we were anxious to see the new installment, Captain America: The Winter Soldier. The movie certainly did not disappoint.

Captain America (Steve Rogers) was a soldier with the Greatest Generation in the first movie. He felt certain he was battling evil, in the guise of Nazi Germany, during WWII. Rogers found himself frozen at the conclusion of a battle, only to be awoken 70 some years later in our current day. He spends the early part of this new movie struggling with the nature of good and evil. Is he working for the “good guys?” Is he really fighting evil? Does the end justify the means? Without spoiling the movie, let me state that these answers are never resolved, but it is refreshing to hear a hero struggle with those concerns, especially in a summer tent-pole action movie.

As Rogers discovers that Shield (the agency for whom he works) has the ability to spy on every single person on the globe, he is concerned that the actions evolve from fear, not freedom. Much has been written in theological circles since 9/11 about the culture of fear which now pervades society. Countless freedoms have been eradicated based upon fear from real or perceived threats.

Fear is intricately tied to an understanding of good and evil. When we place ourselves solely in the “good guys” camp, it is easy to demonize another person or group as evil, or “the bad guys.” As long as we are the good guys, then whatever we do is necessarily right, and conversely so for the bad guys. We can do no wrong, and some might even say that is the case because God is on our side. When we demonize another, we live in fear of that person. All our actions are based out fear, because we believe the other is evil.

My district superintendent (my boss, and an extension of the bishop in my judicatory) gave me some sage advice during my first appointment at a local church. I was in the midst of a situation rife with deceit and misinformation, some from very long term members of the church. He could not have been a better support, and gave me books to read about church conflict and about the nature of evil. Evil had always felt like a distant entity – Nazi Germany, for instance. Yet, sometimes it can encompass individuals. I am always very careful about naming something as evil – it is a very damning thing to do, and naturally places me in the position of God. Yet, Fred told me one thing I have never forgotten – When we battle evil, we have to be extremely cautious, because it can easily encompass us as well.

There is real evil in the world. Each person has the capacity to commit acts of great good or great evil – it depends upon being in the right or wrong circumstances. Living a life based upon fear much more easily allows that evil to encompass us, to guide our decisions. Captain America: The Winter Soldier powerfully illustrates that point. The movie ends with Rogers, still greatly conflicted about the nature of good and evil in this world, but certain about one thing. He remains convinced that there is good in the world, and that redemption is a real possibility. I look forward to seeing how he follows that belief in future installments.

Sarah Howell-Miller
Faith on the Fringe

Christian faith on the fringe of the mainstream culture

Impatient Holiness
A Jew and A Gentile walk into a Bar . . . Mitzvah

Diary of an Aesthete

Perhaps too bizarre to explain in a line. Worth one look for even less clarity, maybe? :)

GO WHERE YOU FEEL MOST ALIVE

So in the darkness shall be light, and in the stillness dancing. T.S. Eliot

In All Things Love